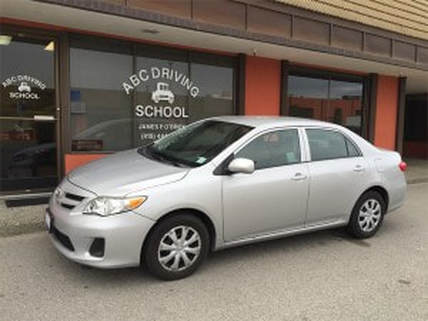 My father Richard O’Brien established the ABC Driving School in 1962. He was a member of the California Highway Patrol, where he rose to the rank of Lieutenant. It was his feeling after seeing the carnage on our roadways, that he would be the best qualified person to teach people how to drive safely. He was still working as a patrol officer and planned to work part-time teaching to help supplement the family income. My mother Mary, would answer the telephone and do the bookkeeping. It was his intention to offer a quality service at a fair price. His motto was to treat everyone the way you would want to be treated.

When the school first began, the six hour requirement was not required. Most public schools offered both Drivers Ed and Drivers Training, but the school began to grow. Soon it became necessary to hire additional instructors; this was not an easy task. The instructors he hired had to have a passion for the job at hand. Each one had to be a people person, go through 60 hours of study material and 20 hours of behind the wheel training approved by the State of California, complete background check, fingerprinting, health physical and finally, a written and road test at the DMV after which time the entire application would be submitted to the DMV for approval. I use the same hiring process today, although the road test for instructors is no longer required at DMV.

You could say that I grew up with the school, observing how Dad ran the business and Mom did the books, kept records and worked with the customers scheduling appointments. I truly enjoyed helping with the filing and such. In 1980, I became a licensed instructor, which made me a real part of the business. It was not until then that I realized why Dad was so passionate about teaching. There is nothing as satisfying as teaching someone a skill you know they will use the rest of their lives. Even after all these years of watching students progress through the steps of learning to drive, I share the victory of their achievements with them.

ABC Driving School does some things a little differently than most schools. For example, we use totally unmarked cars so our students experience a true driving environment. We also teach one-on-one. One student. One instructor. So there are fewer distractions and students are not so self conscious.

Since my father's passing in 2001, I have been operating the school. I've made some changes and the school has continued to grow. We still offer an excellent service at a fair price. We treat everyone the way we would want to be treated. I think Dad would be proud!